he Ptolemaic or known as the Greco Roman period took Alexandria as the capital and left in Roman sites and monuments stand out until this day.

Pommpey’s pillar, the Greco Roman museum and the catacombs of kom El shoqafa which is considered as the top of Alexandria attractions.

The catacombs of kom El shoqafa also known as the hill of treasure, regarded as a huge necropolis and royal cemetery that dates back to the second century AD. The necropolis has a unique mixture of Roman, Hellenistic and pharaonic art elements reflected in the paintings on the wall, and the style of the statues, funeral objects and tombs. The archaeological site was one of the seven wonders in the middle ages.

One of the remarkable structures that was built during the reign of Emperor Diocletian in Egypt is Pompey’s pillar. The column is now standing in the heart of Alexandria on top of a temple ruin’s which was built during the Ptolemaic kingdom in 297 AD. The pillar’s base diameter is 2.71 Meter, and was carved out of red granite brought from Aswan city. The net weight of the pillar is 285 ton and reaches 26 meter high with the base. The prime sight was built to commemorate the victory of Emperor Diocletian over an Alexandrian revolt. 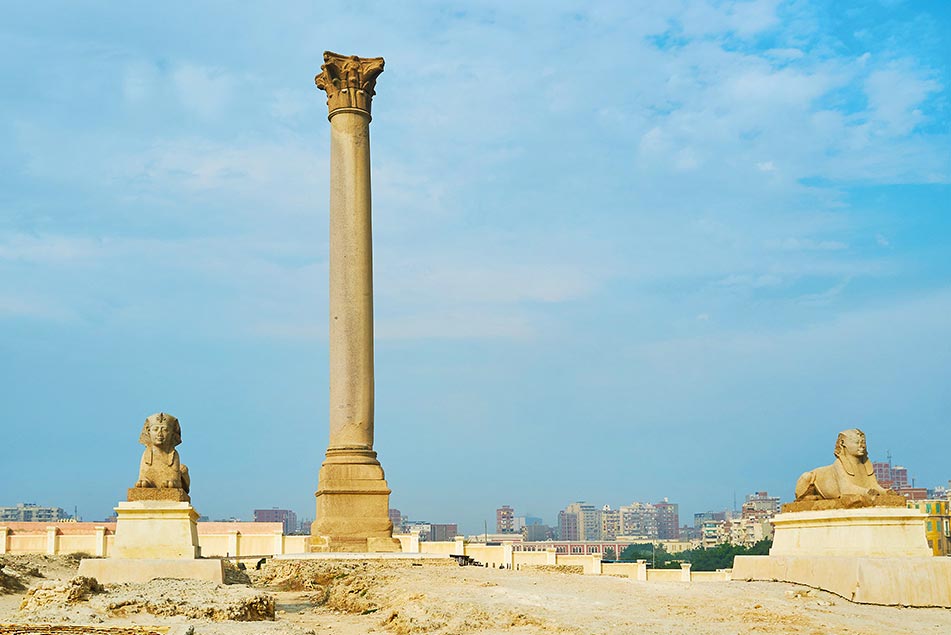